I know I've been away a lot longer than a day ... but yesterday was my "escape it all" afternoon.

I should have been at home, plugging away at a freelance project I'm wrapping up and at my other part-time job I managed to secure last month. But I wasn't. The mother and I went to exercise a little retail therapy.

Instead, we spent a few hours away from windows, caulk, paint and bricks and online employment, and mostly ... the inevitability of death. (Which, BTW, THANK YOU to everyone for the kind words and prayers and thoughts. They really do mean a lot.)

I did buy a few things. Nothing out of line. (It was a celebration of sorts, having collected my first significant money as a freelancer. An almost as big payment should be coming soon, too!)

But just browsing the aisles of a scrapbooking store (making mental notes of things to check online for that I'm sure I could score a few bucks cheaper) felt fabulous. And using coupons to get dollars off and finding a few "clearance" items on the shelves was great, too. And splurging a couple of dollars on things I didn't expect to find (single sheets of Graphic 45 vintage papers) was like slugging down a Margarita.

So, I got my break. Now, it's back into the mix of everything with both feet! I have all kinds of house things to write about. (That will have to wait until the freelance project is done.)

Thanks for hangin' with me as my world continues on in this weird loop-de-loop pattern ...
Posted by NV at Thursday, September 29, 2011 3 comments: Links to this post

I haven’t written in a while. Suffice it to say that I’ve had a lot on my mind and that I’ve got even more on my plate.

Things continue to deteriorate with Ozzie. He is in remarkably good shape considering that each and every day brings the discovery of a new tumor or of a new gland that has swelled. He continues to eat like a dog three times his size (and would eat more if we’d give it to him, but I’m afraid overloading his system would negate the ground that he has, so far at least, managed to hang onto.

So, watching that part of life has been incredibly hard. And I’ve had plenty of time to prepare myself for the idea that it is only going to get a lot harder.

Summer has had its unofficial end (Labor Day) and the official one is just around the corner. Mother Nature has reminded us of this by plunging us into the 40s. Brrrrrrr…

Today also brings a new end for me. One that I am much less prepared for, but making it work just the same. Today is the last day, for now at least, that I have a full-time job. I go part-time starting tomorrow. I’m not happy about it, but have made my peace with it. Let’s just leave it at that.

I’ve explored a variety of interim options, none of them ideal, but at least they’re options, right?

It’s been a humbling, and at times demeaning, experience to see just what some people are willing to offer for work – and what some are willing to accept. Writers really are a dime a dozen anymore. In fact, that may be overstating the price considering that one “offer” paid $1.50 for a 500-word article. If you calculate the time to do the research, to write, to edit for the “perfect grammar” this offer demanded, I made a lot more money as a 15-year-old earning 1980s-era minimum wage. I politely declined.

But, in some respects, I’ve been very lucky and snagged a few gigs that aren’t dehumanizing, that are, in fact, reasonable. Rest assured, I’ve welcomed them with both hands. It’s meant going both night and day most of the time but I’ve never been one to shy away from hard work or to ever back down from a worthwhile fight.

While it has been tough to do so (optimism has never been one of my strong suits), I’m keeping the faith that the next new beginning is out there, circling, just waiting to land. And, I’m not sitting at home, waiting for news of its arrival. Oh, no. As soon as it dips beneath the clouds and into my view, I’ll be waiting. With a lasso. Or maybe a ladder.

Or maybe standing on the tarmac, waving it in, ready to climb aboard …
Posted by NV at Thursday, September 15, 2011 7 comments: Links to this post 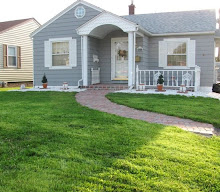 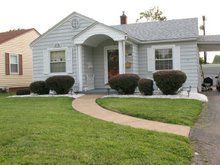 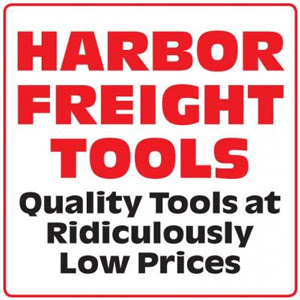 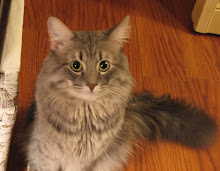 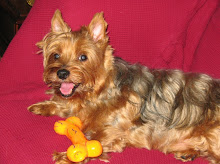 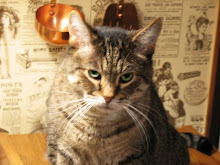